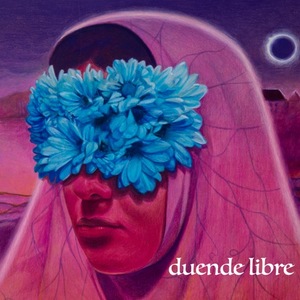 A celebration of two exciting new releases - duende libre’s self-titled debut album and Sam Boshnack Quintet’s Nelly Bly Project.  At this bold and engaging performance, expect to hear innovative compositions rooted in the jazz tradition with an ear to everything from contemporary chamber music to salsa to American rock, delivered with heartfelt conviction. Although each band possesses its own unique aesthetic, they find common ground in their shared passion for creating original music that melds eclectic sounds and styles with fiery improvisation.

Sam Boshnack Quintet’s second album, Nelly Bly Project is an illustrative and evocative musical portrait of a hero that Boshnack has admired since a young age. Bly was a 19th-century daredevil feminist and journalist who worked within extreme confines to achieve great things for both the subjects she covered (including mental health and prison facilities), and for women in her field.  The album moves between the narrative and abstract, creating an imaginative world that channels Bly’s groundbreaking spirit.  The CD will be released nationally on Artists Recording Collective in August 2017, but Seattle audiences have the opportunity to purchase copies in advance at this celebration.

duende libre is an inspired new power trio featuring longtime collaborators Alex Chadsey (piano/keyboards/compositions), Farko Dosumov (electric bass) and Jeff “Bongo” Busch (drums & percussion). The trio made its debut at The Royal Room in February of last year in a double-bill with the Sam Boshnack Quintet and has since quickly earned a reputation for being innovative, uplifting and accessible to a wide-range of listeners. Latin Jazz Network had this to say about duende libre’s debut album (available May 5): “These sonic creations (Chadsey’s) and others on this very interesting debut disc stimulate mental pictures of mysterious narratives evoking a kind of futuristic aesthetic that while always distinctively part the world of Alex Chadsey draws on the beautiful aesthetic of Afro-Cuban music in the first place.”

Sam Boshnack Quintet, composer/trumpeter Samantha Boshnack's primary small ensemble as a leader, thrashes and bounds through tightly-woven twists, tunnels and cliffs with the deftness and precision of a chamber ensemble and the weight of a rock band. Boshnack synthesizes a dazzling array of musical influences in her sophisticated yet fun, highly original compositions—from intricate chamber writing to lush jazz panoramas and funky brass band-inspired grooves.  The band features some of Seattle’s most accomplished improvisers and has been hailed as "delightful, surprising....explorative and intriguing… phenomenally innovative musicians with a unique signature sound that owes as much to their, on the spot, ingenuity as to Boshnack’s original writing” (All About Jazz).  The Sam Boshnack Quintet is: Samantha Boshnack (trumpets, voice & compositions), Beth Fleenor (clarinets & voice), Alex Chadsey (piano, keyboards & voice), Isaac Castillo (bass) and Max Wood (drums).

Pianist & Composer Alex Chadsey was fluent in jazz and classical forms. He’d walked the usual, rigorous path of a conservatory-style music education. Then he wound up in Seattle, music degree in hand, not sure of what to do. The answer: Play in salsa bands, perfect his montuno, and learn how music creates community.

Earshot has called duende libre’s debut album  “deeply striking and original” and Derek’s Music Blog in Scotland described it as “an album of groundbreaking and genre-melting music...a heady and irresistible musical brew.”

In addition to leading duende libre, Alex has performed as a sideman throughout the U.S. as well as in Mexico, Europe and South America. In 2012 Alex played on the Grammy-award winning album imaginaries (Smithsonian Folkways) by the LA-based band Quetzal. Current projects include reggae legend Clinton Fearon & the Boogie Brown Band and the Sam Boshnack Quintet.

Alex has also been the recipient of multiple grants and awards from the City of Seattle to support collaborations with local, national & international artists, including Sounds Beyond Barriers, a collective songwriting project with youth in 2015 at the King County Juvenile Detention Center in Seattle. In 2011 several of Alex’s compositions were featured on the Origin release ...Yet What Is Any Ocean by Q.E.D. (Origin 82583), a project which also featured the music of Chris Stover and Ben Thomas.

Boshnack grew up surrounded by many genres, but in her household jazz was king. After ingesting a prototypical diet of Miles, Dizzy, and Morgan, a love of spice eventually led her to contemporary innovators such as Lewis Barnes, Steven Bernstein, and Dave Douglas, along with a slew of Cuban soloists. The latter’s sense of rhythm and penchant for “letting loose” have been her greatest influences, emboldening her as an artist who plays comfortably outside the box of standard jazz.

After studying jazz composition at Bard College, Boshnack proved that not all roads lead to New York for the aspiring improviser. In search of something different, she ended up in Seattle, where fate dropped her into the free jazz collective known as Monktail Creative Music Concern.  After an ad hoc performance with MCMC, she knew she’d found her niche. Encouragement from local musicians and the welcoming temperament of the scene made it a perfect fit, and Boshnack hasn’t looked back since. The subsequent decade has found her active in a variety of musical and theatrical settings and has, more importantly, put her in contact with some phenomenal musicians in their own right. She toured nationally and internationally with the modern jazz group Reptet for seven years, releasing four albums comprised mostly of her compositions. She also formed the B’shnorkestra in 2011 and released Go To Orange in 2013 to critical acclaim. Her eponymous Quintet brought together players who had never worked before as a unit, and the results have been nothing short of incendiary—hence the title of their 2014 debut album, Exploding Syndrome.

In 2014 she also helped form the Alchemy Sound Project, a composer-led ensemble featuring the works of Sumi Tonooka, Erica Lindsay, Salim Washington, David Arendt, and Boshnack herself.   In May of 2016, ASP released their debut recording on Artists Recording Collective, entitled Further Explorations, which Travis Rogers, Jr. of JazzTimes called “a musical pilgrimage that searches the horizons and moves beyond them. The compositions are inspiring and intelligent and the performance artistry is exemplary.”  In 2016 Boshnack also released Global Concertos with her B’shnorkestra, for which she wrote five interlocking concertos, each featuring a prominent soloist from a different continent.  This album was nominated for an Earshot Golden Ear award for best recording of the year.  Paul Rauch from All About Jazz wrote about Global Concertos -“Under the direction of Joshua Kohl, B’shnorkestra provides both compositional brilliance, and improvisational latitude… notions of freedom and spiritual unity are beautifully expressed by Boshnack’s modal transitions providing a musical landscape not “fragmented” by cultural bias.”

In 2015, Boshnack premiered “Coelacanth: In Its Own Time” with the Northwest Symphony Orchestra in honor of a 400 million-year-old species of fish threatened by extinction.  All of these and more have served to elevate and support the value of individual expression in larger collectives, and to turn a new corner in the ever-growing map of Boshnack’s sonic journey.